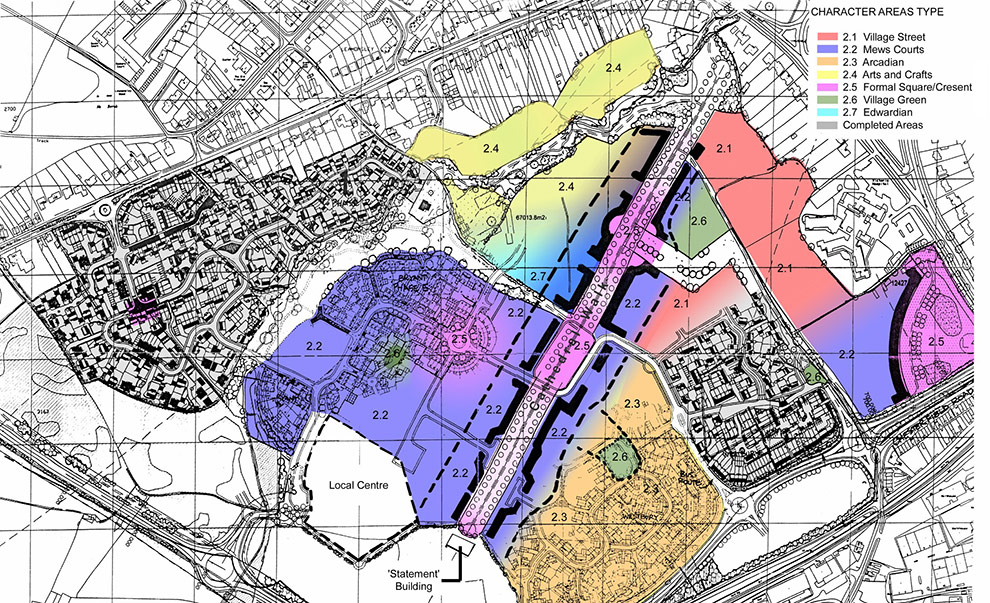 Darwin Park was agricultural land between urban arms reaching out from the city and lies barely half a mile from the centre of Lichfield.

The proximity of Darwin Park to the services of the city was ideal for encouraging a sustainable new housing scheme. The Master Plan developed strong pedestrian and cycle routes throughout the housing areas and into the city. Green lanes linked the open spaces of Darwin Park with the open countryside beyond. 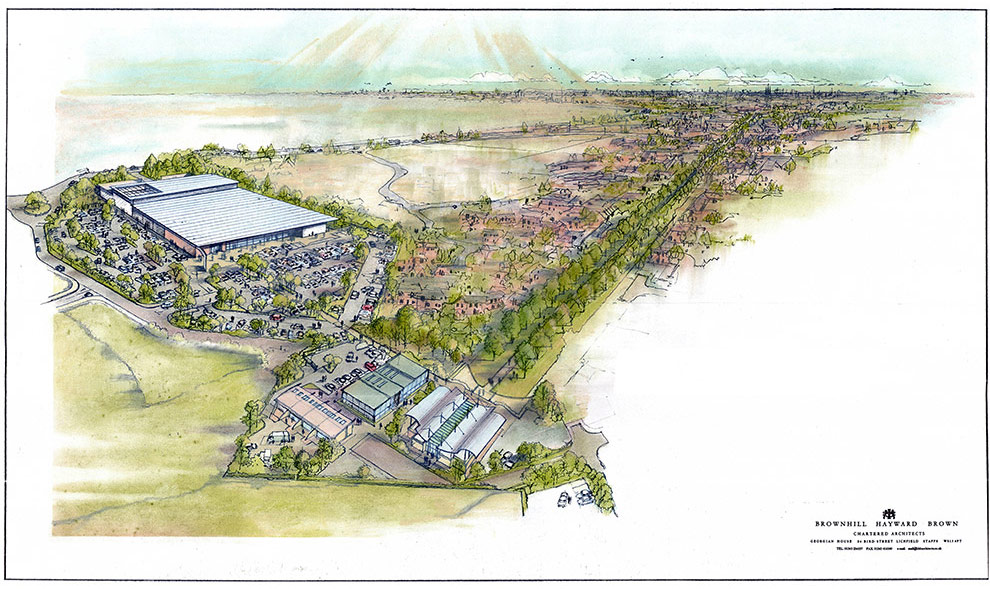 The site, of some 9 hectares, was to be purchased by a consortium of house building companies led by Bryant Homes and included Westbury Homes, Charles Church, Persimmon and eventually Taylor Woodrow.

In consultation with the interested parties a plan for ‘character areas’ evolved to define recognisably different elements within this large housing area. 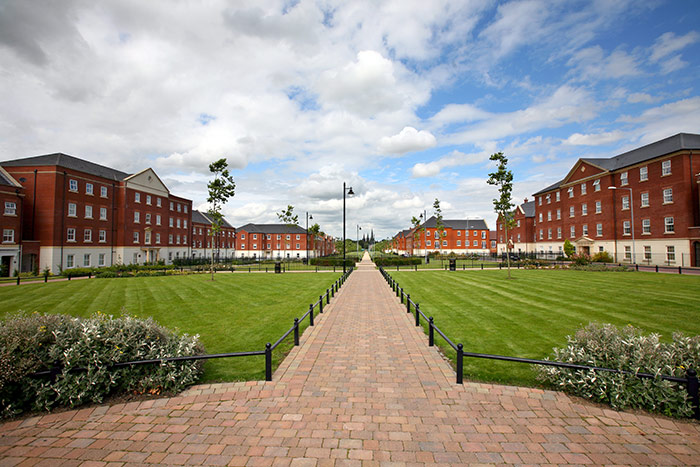 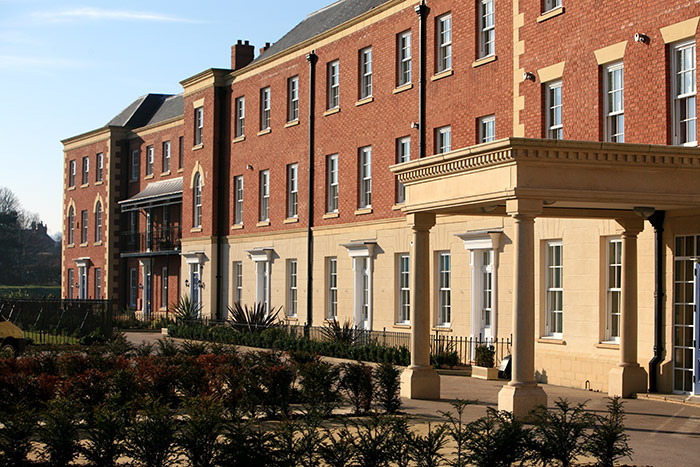 The design created village streets, squares and greens, and Arcadian elements to the Park as well as higher density terraces, lining the principal route into the city, with Mews Courts behind. The junction of Darwin Park with the most significant entrance into the city was marked by a crescent block set behind formal gardens.

Kensington Oval was one of the key buildings identified by the Darwin Park Master Plan. The building sits at an important causeway to the city, on the site of a former cricket ground. In addition to our role as Master Planner & Town Architect, the practice undertook the full design and construction of this statement building. 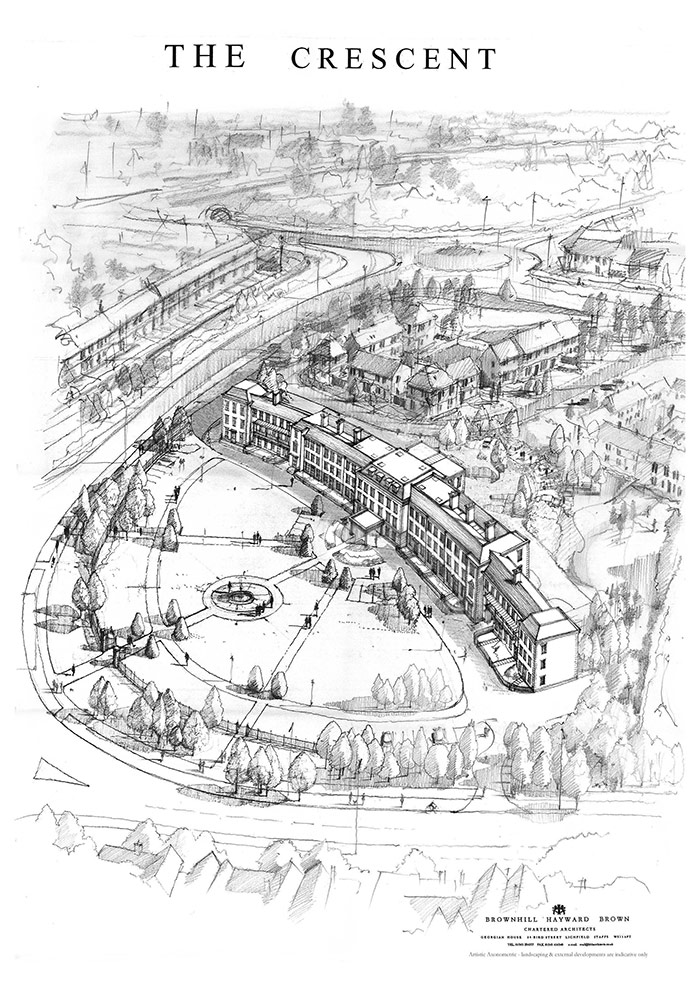 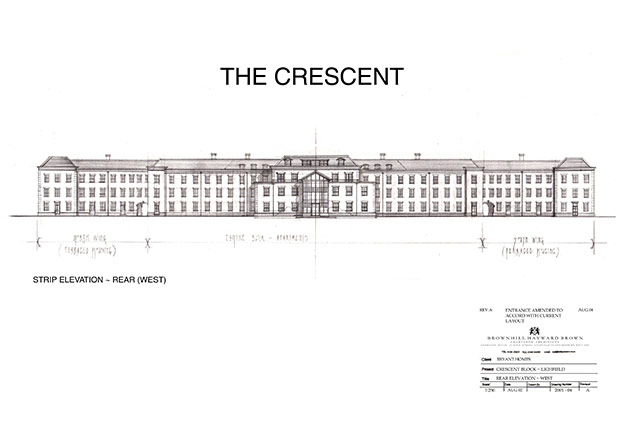 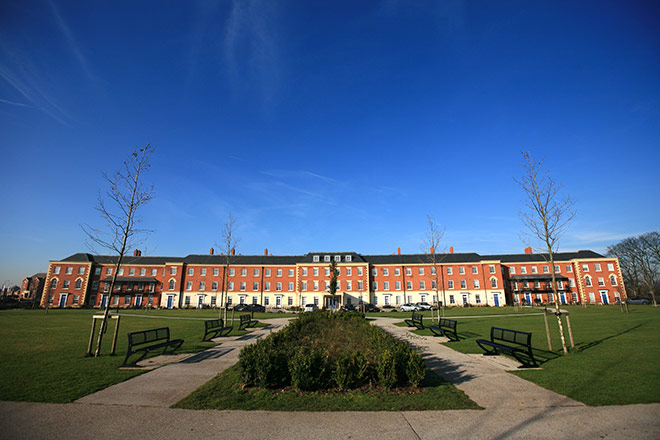 Further to this the practice also undertook detailed design work in relationship to a number of key sites, including the neighbourhood centre. This culminated in the design of Lichfield’s Waitrose supermarket and proposed community building positioned as a statement building at the end of Cathedral Walk. 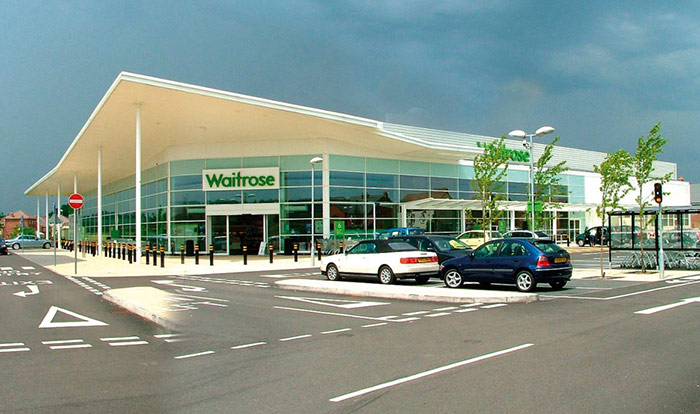 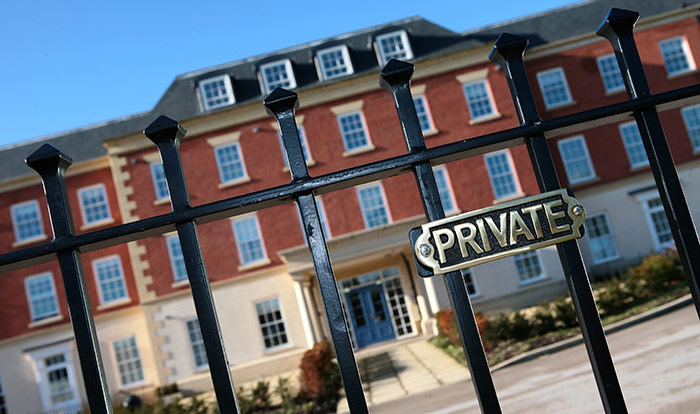 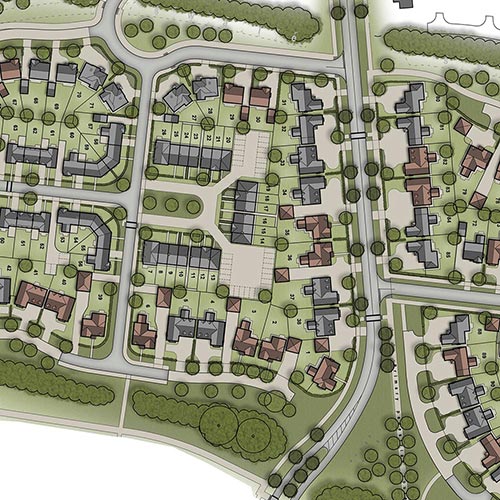 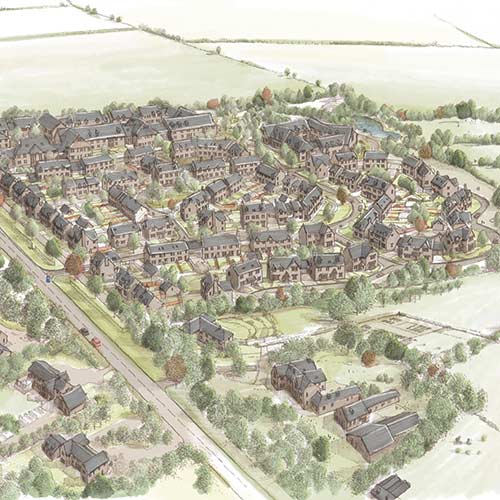 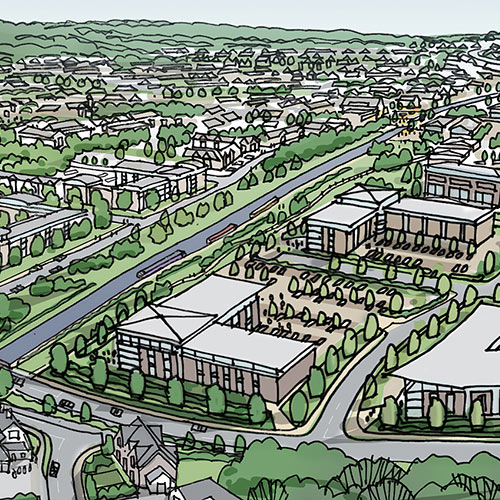 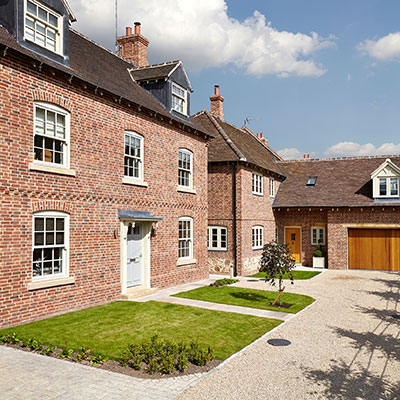